I am a firm believer in the timing of the universe. Everything happens exactly when it needs to, and I really live my life with that trust and graciousness.

But let me tell you. I wish I had read Beloved by Toni Morrison sooner. I could kick the universe for holding out on me with this.

Let me admit that I LOVED this book. LOVED it. Big Love, capital L. It was beautiful and terrifying and horrifying and moving and poetic and big-hearted and high-minded. It really was one of those novels that you read and it doesn’t just blithely float away, but instead settles against your bones and takes up residence. It’s a happy guest, though heavy. 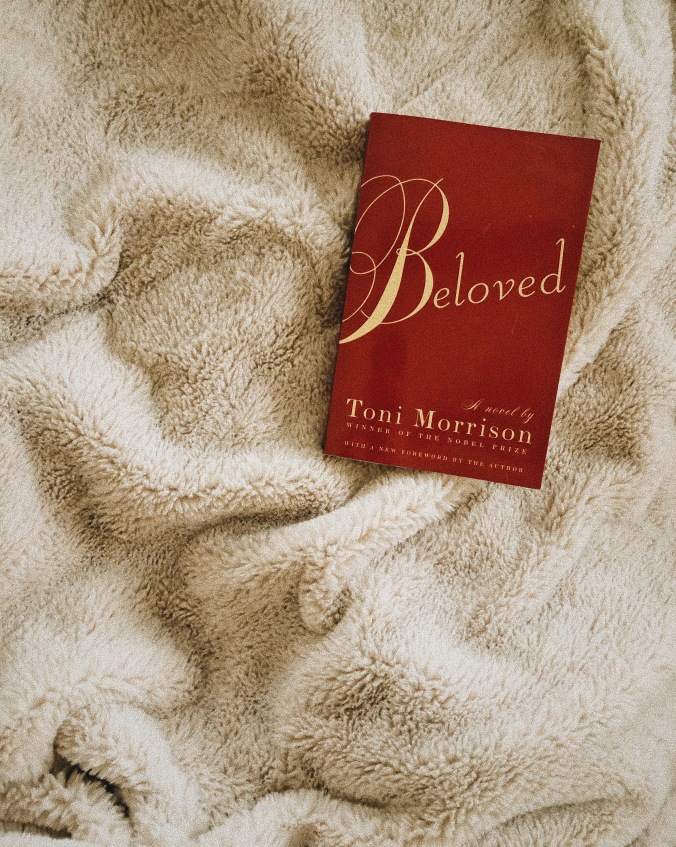 I wish I had read this book earlier because I am obsessed with the female Gothic. I studied it in college, and for my final paper in my Gothic Literature class (which was as close to church as I’ll ever get), I wrote about the Gothic and motherhood in William Beckford’s Vathek. Briefly, Vathek is a gothic story about a caliph who basically indulges himself to death — his desire for more and greater drives him straight into hell. His mother, eager to see her son as the greatest caliph that ever reigned on earth, in heaven, or in hell, does everything she can to secure her son’s success and in the end, joins him in eternal torment in hell. I was enraptured by the final scene, where Vathek is in hell and blames everything that befell him (but not everything given to him) on his mother who in turn curses her own mother’s womb. I was so intrigued by how Beckford illustrated motherhood and how the inability, or refusal, of Vathek and his mother Carathis to separate from one another brought them both down (literally). This is where my final paper came from. I published it, in case you’re interested in reading it!

(Side note: I was obsessed with this novel when I read it in Gothic class and I was pretty much the only person who paid it any attention. When I was moving in 2017, I happened upon some old books that I had used for literally YEARS as decoration and lo and behold — one of them was Vathek! How weird! This book is literally so unknown, and all along I had an antique copy in my room gathering dust!)

Basically, I argued in my final paper that in the Gothic, the unknown, the unknowable, and the misunderstood are terrifying and exciting, and nothing was (or is?) more terrifying to the reading public than the mystery of motherhood, especially in consideration of the body. Freud made himself famous with it, and still today the world runs itself in circles about the topic of the female body: how much right a woman has to control it, how much medical attention and consideration should be given to a woman’s body, maternity, breastfeeding, black women maternal mortality, postpartum depression, the list goes on and on and on. Motherhood, and the control of the mother, is something that made Western male writers and thinkers very nervous (still does!), and the Gothic was the perfect space to flesh out all those horrifying things.

Sometimes, like in Vathek, or The Monk by Matthew Lewis, or even the OG Gothic novel, The Castle of Otronto by Horace Walpole, authors explore the failures and fears of motherhood through the characters of the mothers.

Sometimes, like in The Haunting of Hill House by Shirley Jackson or in Beloved by Toni Morrison, authors explore motherhood (and by extension life and death) through the haunted house. I could write entire books about this topic, and maybe one day I will, but I’ll try to keep this brief!

The house has been the epicenter of the female existence since we stopped wandering. The woman is supposed to be the center of the home, to give it life and warmth, to anchor the entire family. We mentally associate motherhood and the house. The Victorians created the “angel of the house” to describe the archetype of the ideal woman. As much as this figure was a boon to men, making them behave, and a boost to children, centering them, it was also a prison for women. We’ve been trying to get out ever since. It doesn’t require a lot of imagination to turn all those stereotypes and oppressive images on their head. The house goes from anchoring the boat to pulling down the swimmer, from full to empty, from angel to ghost.

Because of the strong ties between mothers and houses, and all the tension that lies within (sexism, the conflict of growing up, marriage, economic issues, paternal conflicts, etc.), it isn’t unreasonable to use the house as a tool to explore motherhood and all the anxieties, fears, powers, and conflicts that it contains. Many scholars have used the labyrinth of the house to mirror the labyrinth of the woman’s womb and sexual organs (traditional Gothic castles are ripe with womb imagery),  while others have explored the trap of the house and motherhood on the woman’s mind as reflected by the enclosure of walls (think, The Yellow Wallpaper by Charlotte Perkins Gilman). I personally like to explore the psychological and physical separation of mother and child which often shows up in the characters leaving, or choosing not to leave, the haunted houses.

One of my favorite novels is The Haunting of Hill House by Shirley Jackson (to this day the scariest book I’ve ever read! “Good God, whose hand was I holding?” literally sends chills down my spine to this day!). Our main character Eleanor has trouble building an identity that isn’t ruled by her ill mother and has issues with individualizing, which fuels her behavior throughout the novel, leading her into danger and psychosis. She’s haunted by her mother, inside a motherly house, and her inability to separate herself from her mother and the house is so fascinating to me. I still haven’t made up my mind about what happens in the story and why, if Eleanor successfully separates from her mother or is consumed by her.

Beloved was thick with haunting. Not just the trouble that Beloved makes, but by heavy and fearful pasts, by the weight of motherhood on Sethe, by the weight of daughterhood on Denver. We have Sethe building her identity on her motherhood, and Denver building hers on sisterhood and daughterhood. We have Beloved, twisting the lines between motherhood and daughterhood, slipping lithely over one and then the other. Beloved, I think is a beautiful example of a child being unable to separate from the mother, Sethe an incredible example of the mother being unable to form any other separate identity for herself, and Denver is a beautiful portrait of the strength and courage it takes to separate oneself from one’s mother and the magnificence of that independence. The interplay of identity, of choice, of love — it’s so rich and wonderful. I wish someone had told me to read this book when I was studying in college. My senior thesis would have been so much more fun to write!

Basically, I loved this novel because it is exactly the kind of literature I love to study and dissect. I want to spend more time on it, especially in the context of the Southern Gothic, while I continue to learn about Gothic motherhood.

This story was hard. It was heavy. It was one where I had to pause and resettle myself because the images and topics could be really overwhelming. It takes place during and in the aftermath of slavery, and it doesn’t look away from any horrible thing. I wanted books that challenged me and made me think, so this book definitely ticked off those boxes, but it had the extra points for being genuinely amazing. It is worth the hype. No doubt. Thank you to everyone who recommended it to me on my Instagram post the other day!

Have you read Beloved by Toni Morrison? What did you think? Have you read any other haunted house books? Let me know below! 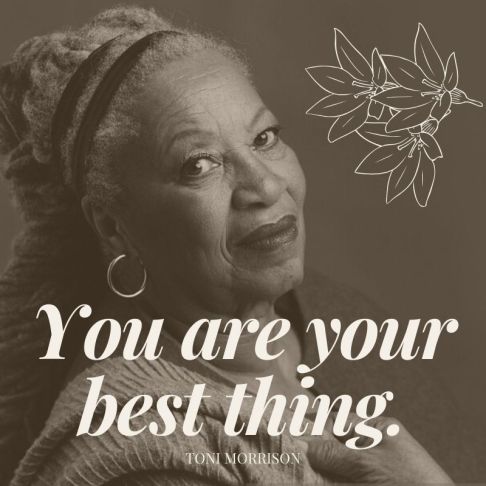 My wrap up for The Middle East is now live on my blog along with some thoughts about translations! Link in bio!
Here’s to the next 25 being filled with just as many books, just as many cats, and many more twinkle lights! #happybirthdaytome #bookstagram #bookish #books #reading
New blog posts coming soon! I’m talking about my favorite page-to-screen adaptations, my most anticipated new releases, and the adaptations that flopped for me... Stay tuned! Catch up on my posts at the link in my bio! 💕
Ah, September! We’re starting the best quarter of the year at last! I’m looking forward to cool weather and my birthday and Halloween and the holidays.... what are you looking forward to the rest of this year?
Read anything really good lately? I enjoyed this cute novel from Nadiya Hussain last weekend!
NEW POST: I’ve just shared my wrap-up for August where I read European authors for my Own Voices Global Reading Challenge. Check abigailsbookself.com to see what I read and loved! #bookstagram #bookblog #reading #ownglobalreads #lgbtfiction #muslimfiction #books #bookish